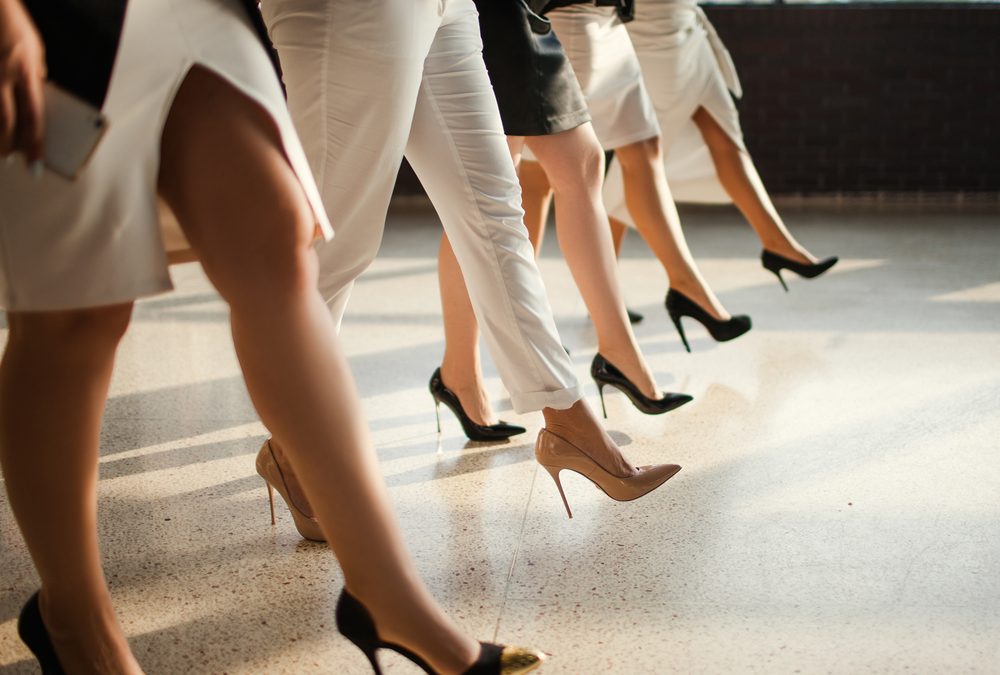 In this age of turmoil, when women, people of color, people who have survived abuse, veterans, and a vast number of other people are downtrodden and ridiculed by leaders and the privileged, we need to stand up and say “no.” The Feminist Majority Foundation provides opportunities for women to be heard.

When women are treated like possessions, children are treated like slaves, and people from other nations are rejected just because of their accent or the color of their skin, our nation needs to speak up. And that’s what the Feminist Majority Foundation is doing.

Feminism is a movement that seeks equality for women and girls within a  world that has historically been run by men.

Feminists, members of this movement, fight for equal pay, equal business opportunities, economic development, the right to vote in any nation of citizenship, and equal societal treatment of all women and girls.

In the 19th century and early 20th century, feminism fought for the equal rights of women to own land, vote, and have full custody rights of their children. The movement first began with the Australasian colonies of Britain, where women finally had had enough of the domineering attitudes and treatment by a patriarchal society.

As our world continues developing with hatred and violence toward women, and protection for the abusers, groups like the Feminist Majority Foundation are needed to continue the good work started by their sisters more than a century ago.

What is the Feminist Majority Foundation?

The Feminist Majority Foundation is a nonprofit organization with the primary objective of advancing non-violence, and women’s equality, power, and economic development. This group was founded in 1987 by Eleanor Smeal, Peg Yorken, Judith Meuli, Katherine Spillar, and Toni Carobillo. These women have sought the equality of women in the workplace, medical realms, and every other avenue of life.

Some of the main focuses of the Feminist Majority Foundation programs have been for women’s health and reproductive rights, and they have supported a number of organizations in their efforts in these areas.

There are a number of ways that you can show your support for this great cause.

One of the easiest ways to be a part of this great cause is improving your own knowledge on the topic. It’s easy to say you’re a feminist because you want equal rights, but it’s something else to know the details and efforts being made by fellow feminists. Find materials like Ms. Magazine, a nonprofit magazine published by the Feminist Majority Foundation, or books by feminist authors. The more you know, the more you can keep the momentum going.

It might seem minuscule, but wearing or publicly displaying the feminist logo can help move the cause forward. Anytime someone is willing to show their beliefs publicly, they can make a big difference. Your feminist logo may start conversations or help to unite others who also support the cause.

Tons of petitions are out there from the Feminist Majority Foundation and other groups like them. Take the time to go online and find some that specifically mean something to you, and sign them. Look for others that you may not necessarily feel as strongly about and sign them as well.

You can post links to the petitions on your social media platforms and encourage your friends and family members to support the cause that means so much to everyone’s well-being.

If you’re near the D.C. area, you can also check out the newspaper for Lexington MA, where jobs for groups like Feminist Majority Foundation, the National Organization for Women, or the National Women’s Law Center may list jobs or volunteer opportunities.

The Feminist Majority Foundation’s most recent IRS Form 990 available is for 2016. We extracted the following financial data from the organization’s most recent publicly available tax return for their fiscal year ending December 2016. This financial statement can give you a clearer picture of how they use their resources.

Even if you don’t have the ability to take a job with the Feminist Majority Foundation, you do have a voice. When you hear something wrong, speak up against it. If you witness abuse against a fellow woman or girl, call the authorities and take a stand in court.

If you have personally experienced abuse, mistreatment for being female, or some kind of hate crime, find measures to protect yourself against your assailant and seek legal counsel.

Speak up against abusers.

Speak up against the hateful.

You can make a difference for the world. It only takes one voice to start a movement.