Soldiers’ Angels: Everything You Need To Know 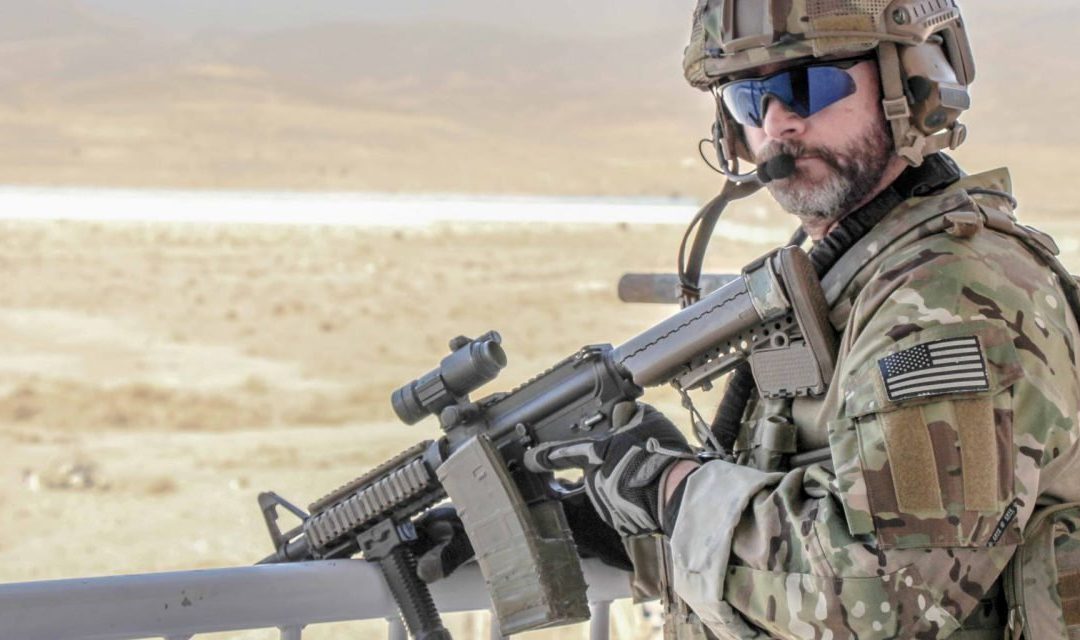 The men and women of the nation’s armed forces give so much of themselves. They are always willing to be on the frontline of our defense. We give back to them in many ways. For example, there are many veteran services and benefits. While they serve, there are organizations that try to look out for their needs also. One such is the Soldiers’ Angels organization.

These brave souls sacrifice a lot, like time with their families. They give many years of service and sometimes they suffer greatly for it. Not only physically but emotionally, financially, psychologically, and in the quality of their family lives.

According to the Soldiers' Angels organization, they supply “aid and comfort to the men and women of the United States Army, Marines, Navy, Air Force, Coast Guard, their families, and a growing veteran population.” 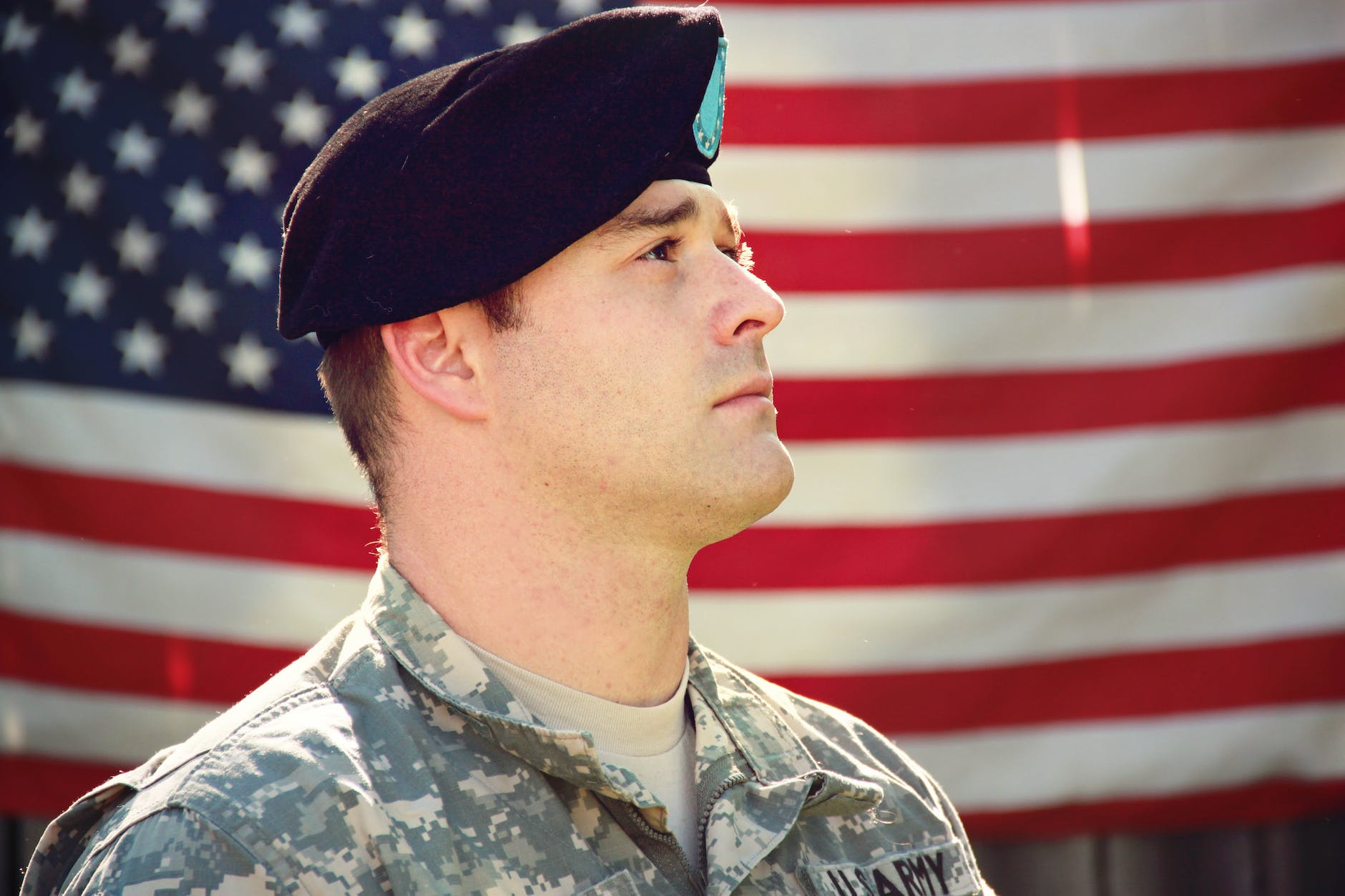 Soldiers' Angels are supported by thousands of volunteers. They are often referred to as "Angel" volunteers. These people work very hard to help soldiers, veterans and their families. This is regardless of whether they are deployed, wounded or off duty for whatever reason. They go above and beyond for those who reciprocate for us similarly, at the risk of their own lives and livelihoods.

They continually perform at a high level

Their motto is "May No Soldier Go Unloved." They continually receive grand awards and accolades. This is why they are truly at the top of their game. Among the awards are:

For the year 2017, the organization disbursed to 360,000 military families, wounded heroes, veterans, and service members over $17 million worth of aid. 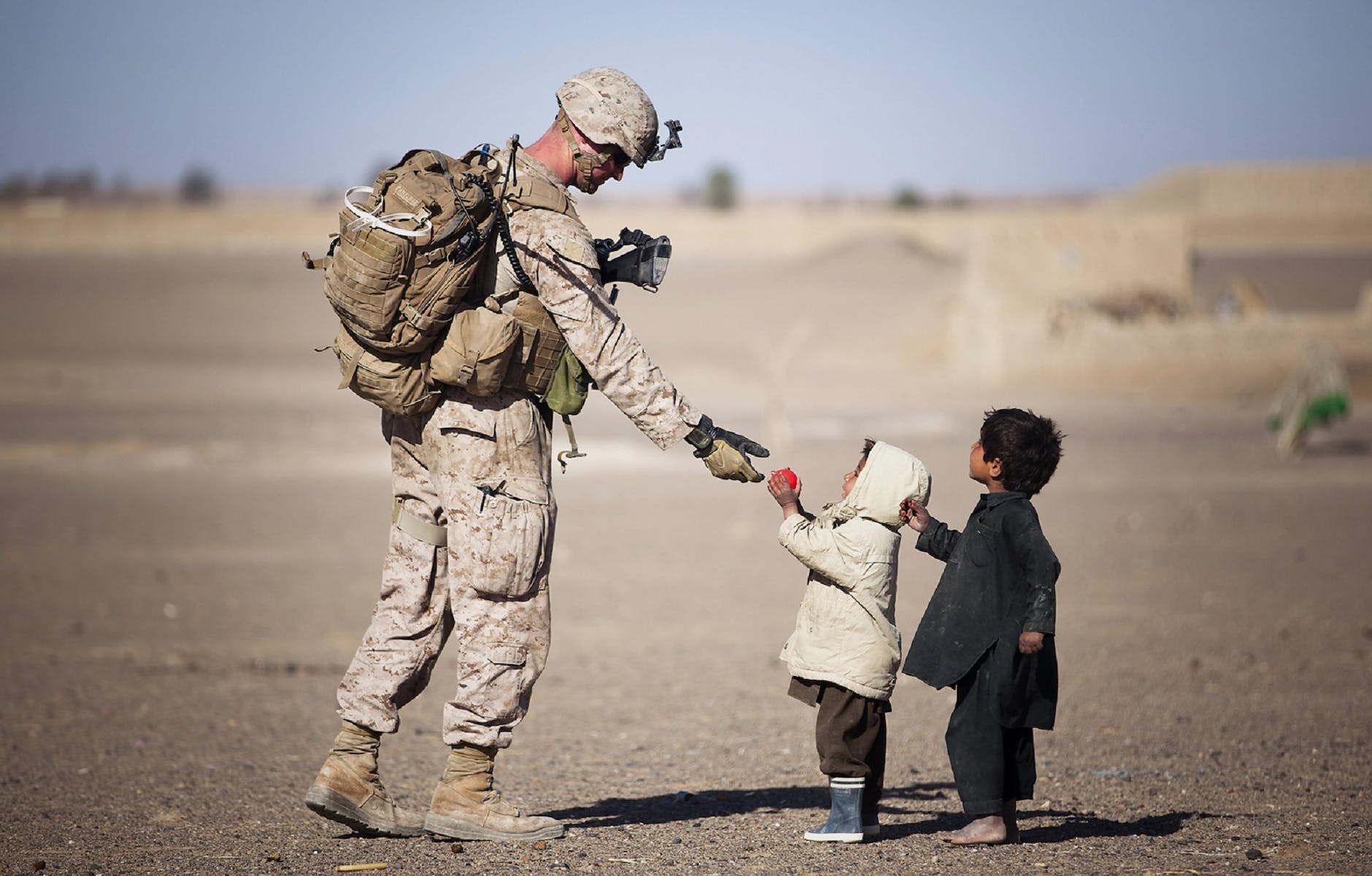 As a service to the veterans of this country, they have given out more than 33,500 items to patients in VA Hospitals. In addition, they have provided food assistance to more than 22,100 veterans. All this through the Veteran Support Program.

Then, 3,218 military children inclusive of 1,224 military families were “adopted” by volunteers, on a seasonal basis through the Adopt-A-Family program. Expectant mothers and newborns also receive help and gifts from the Angels volunteers.

A total of 1,433 baby boxes were given to female service members on active duty and expectant wives of military personnel who were abroad. This took care of their needs and allowed them to feel as if they were a part of a community that supported them.

Non-profit evaluation website Charity Navigator awarded Soldiers' Angels four out of four stars. This non-profit group received an overall rating of 94.28 out of 100 points. They earned 92.50 out of 100 for financial management and 97.00 out of 100 for accountability and transparency.

All tax-exempt organizations, nonexempt charitable trusts, and section 527 political organizations must file a Form 990 or 990EZ with the IRS. 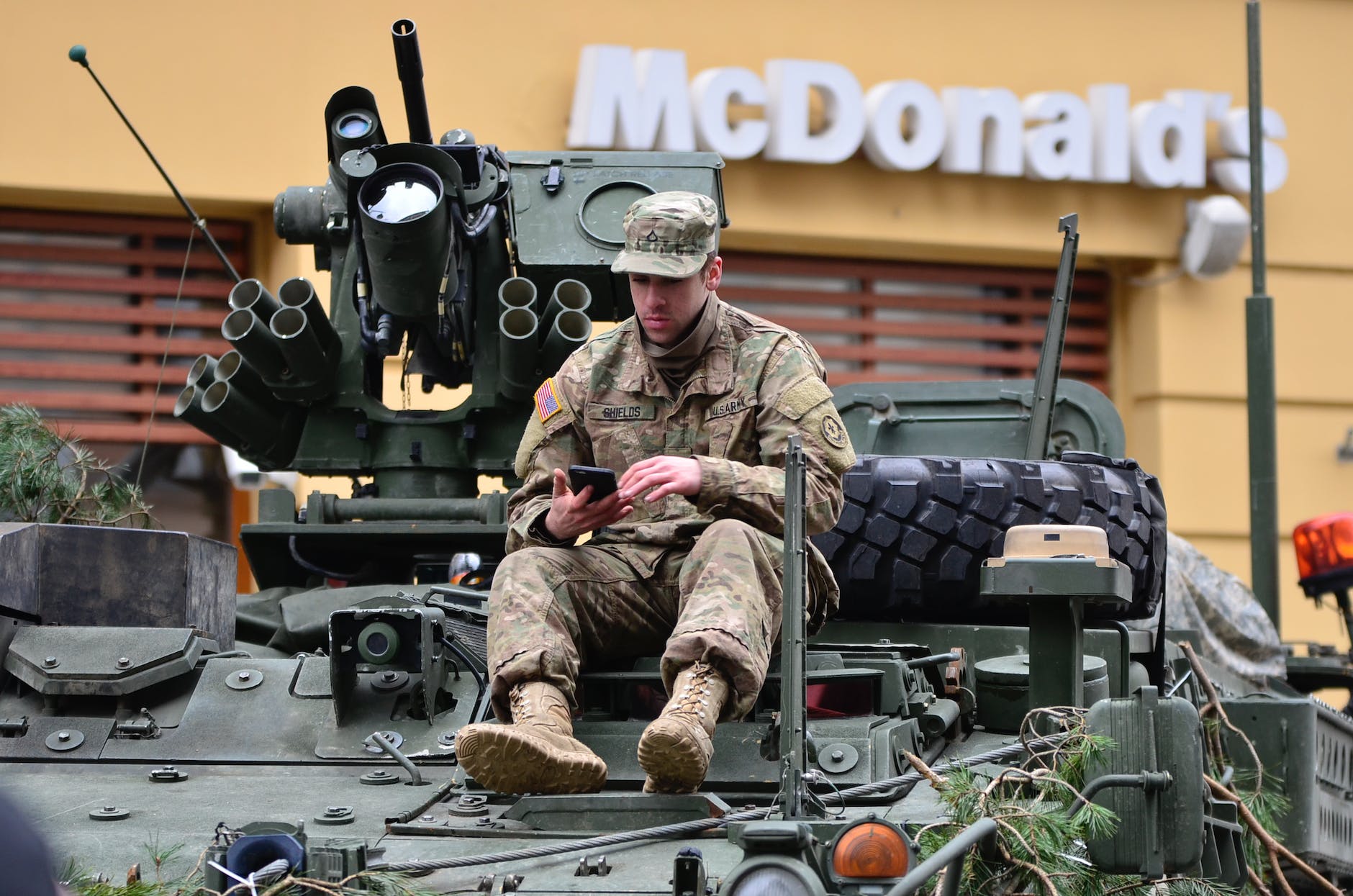 We extracted the following financial data from Soldiers' Angels most recent publicly available tax return for the fiscal year ending December 2017. These details may give you a clearer picture of how they use their resources.

This organization has a number of projects. Many of which fall under five main groups. These include:

The organization is able to coordinate their efforts with the help of teamwork. A group of volunteers takes responsibility for certain programs. One such is the Deployed Support groups. These include:

Service members around the world have these groups to thank for all the care packages, letters, and cards that they receive. Soldiers access this service when they register before being deployed. Then the information gets sent to the requisite department.

As the name suggests, the Angel Bakers Team send baked goods as a one-time care package to deployed military personnel.

When soldiers need encouragement, motivation, or just someone to celebrate their special day, then the Cards Plus Team sends them cards. This reminds them that someone remembers them and cares about their needs. 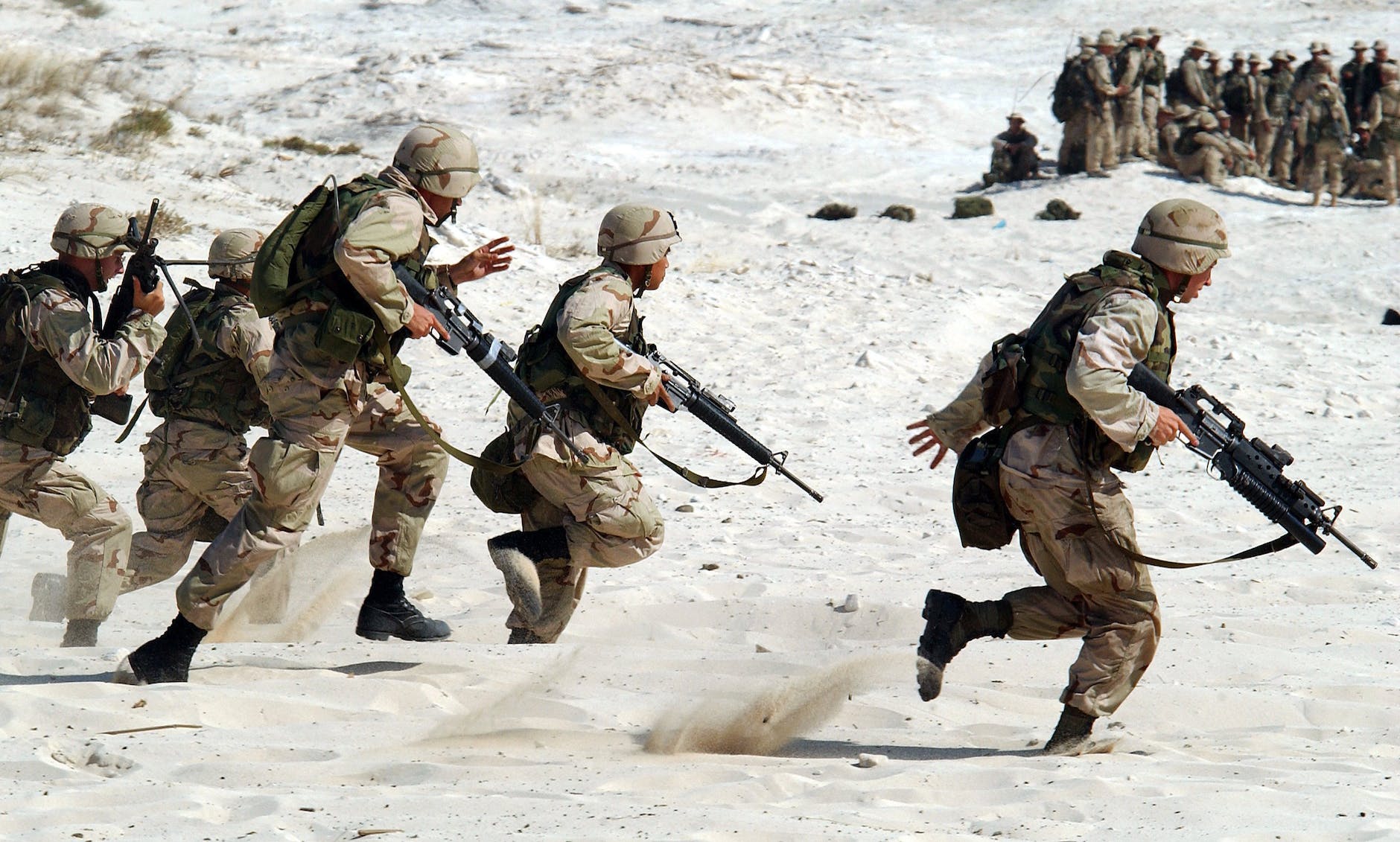 Active duty personnel need spiritual guidance and counseling at times. This is provided for them through the Chaplain Support Team.

The Deployed Adoptions Team adopts and caters to a specific service member while they are deployed. For female service members, their needs are addressed by the Ladies of Liberty Team as well.

A letter is also sent from the Letter Writing Team and the Special Operations Forces Team provide whatever assistance is needed for deployed soldiers throughout their assignment period.

It is an unfortunate reality that soldiers often get wounded and become ill during deployment. That is why it is important to provide them with everything to address whatever needs they might have.

This is generally the job of the Wounded Support groups, which includes Valor-IT and Soldiers' Angels Landstuhl, Germany.

Valor-IT helps out by supplying injured soldiers with adaptive laptops. And then the Soldiers' Angels based in Landstuhl, Germany, takes care of the needs of medical staff and those soldiers who are medevaced or get sick while on deployment.

They are the biggest group as it relates to the area of wounded support.

Afghanistan and Iraq are battlegrounds at the moment, and soldiers are constantly hurt there. At these times, they are usually removed via a medevac helicopter. Treatment is dispersed at a forward operating base (FOB) which houses a combat support hospital.

Where additional treatment is needed, these soldiers are later sent to a military treatment facility (Level II) in Germany. At the Landstuhl Regional Medical Center, the many volunteers work assiduously to help these service members recover.

A part of their duties includes providing specialized software, iPads, and laptop computers through the Valor-IT program. But they also take care of needs that are more basic with gifts of clothing, hygiene items, snacks, pillowcases, and blankets. Plus, anything else that the soldier needs, they are on top of it.

The Angel team in Landstuhl is amazing. You can find more information about these groups on the Soldiers Angels website.

This is a very necessary set of people. It is not only active military personnel that need support. Family members usually grapple with their own issues. So the five subgroups within this area are always there to help. They include:

The Adopt-A-Family Team is considered a 365-days-a-year support group. They usually deal directly with the family and coordinate whatever other support they need.

They work by helping families during the holiday seasons, supplying gifts and other treats for children and family who might find it difficult to do so during Thanksgiving or Christmas and other holidays. 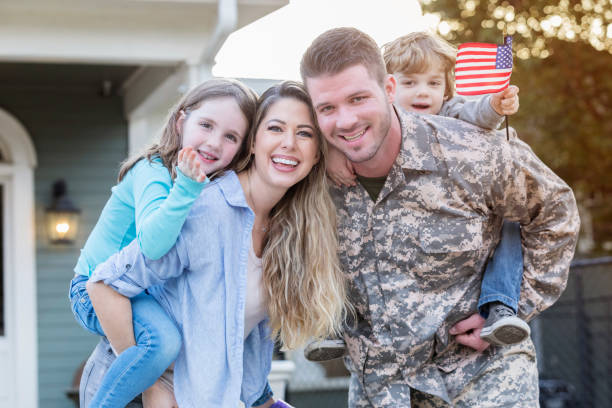 Death is difficult to deal with. And losing a loved one who was on active service can throw your world off its axis.

These families are left to wonder about their future and trying to fill the gaps left behind. But they receive help from the Living Legends Team. And the Baby Brigade gives help to those who are getting ready to give birth, whether they are a service member or the spouse of one. They really know how to throw a baby shower.

Handmade gifts and other crafts are made by the Sewing and Crafting Team, and the Women of Valor Team handles the needs of injured veterans and injured service members, post 9/11.

There are hundreds of thousands of veterans in the United States. Many are struggling to even keep a roof over their head, find food, or get access to proper medical care.

But the Veteran Support team tries to lend a helping hand.

encouragement during the holiday season.

Serving Those Who Serve Us

The Soldiers' Angels organization and their helpers are motivated and dedicated to helping our deployed service members, wounded heroes, veterans, and their families. This is a labor of love and they are always working tirelessly to support them.

Nothing could have been accomplished without the help of the thousands of Angel volunteers. This is why they were able to get so much done, especially in 2017, where they clocked over 148,000 volunteer hours.

If you would like to assist this organization in achieving its objectives and helping our current and former military personnel, visit their website and/or donate to their worthy causes.