In the Spirit Of Giving: A Look At Some of the Best Christian Charities 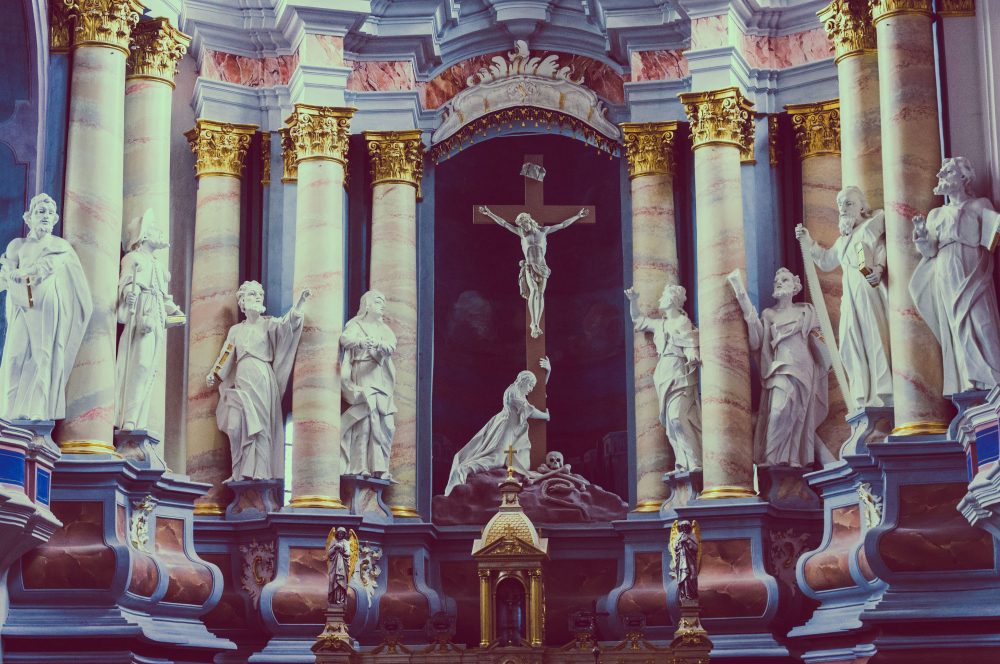 We will discuss some of the top charities with religious affiliations and how to get involved with some of the best charities.

Why People Give to Charity

Whether you donate to an organization once a year around the holidays or you give on a monthly basis, it should come as no surprise that the U.S. is full of charitable people. While some funding comes from a variety of sources, approximately 80 percent of contributions come from individuals.

If you’ve never given to a charitable organization, you may be wondering what drives others to give money to help people they don’t know. While individuals choose to give for various reasons, aside from tax breaks, making contributions to a charity may actually be beneficial to your well-being.

Numerous studies suggest that donating to a charity of your choice can make you feel happier overall. Whether your “feel good” hormones are released when you do a good deed, or you experience less stress and increased joy, you are not only helping the lives of others, but you are helping yourself whether you intend to or not.

While Christians may donate to a non-Christian charity, many are more likely to contribute to an organization that has a faith-based mission.

What Is A Christian Charity?

Like other charitable organizations, Christian organizations have a mission which typically follows the teachings of the Christian faith and to help care and protect others, whether at a local or global level.

Anyone is welcome to contribute, and you don’t need to be a practicing Christian to donate to a Christian charity.

Some Christian Charities To Consider When Donating

There are hundreds of Christian charities, and many are well-known and have a long history of providing help and services. With so many options, it can be difficult to decide which charity to support. Here are some of the more well-known charities with a Christian focus:

The Children’s Hunger Relief Fund (CHRF) was started in the early 1970’s was known as the International Church Relief Fund. The primary goal of the organization, which was started by a few dozen independent churches, is to help the “poor, orphaned, and widowed.”

The first volunteers of the organization traveled to South East Asia to assist refugee families during conflict in South Vietnam. Today, what started out as a few thousand supporters has turned into millions of Americans are interested in helping at a global level.

Although CHRF does a lot of charitable work outside of the U.S., the organization provides assists families throughout the United States.

In continuing with their original mission from decades ago, CHRF has various programs in place with the goal of improving the lives of everyone, regardless of where they live.

According to CHRF, approximately 95 percent of the contributions go directly back into the Feeding Programs, Emergency Relief, Clean Water, Education, and into Children’s Homes and medical programs.

If you are interested in contributing to CHRF, you can donate online, by phone, fax, and through the mail. You can sign up for a one-time donation or monthly contributions as well as discover other gift-giving options such as the Kid-to-Kid Program, fundraising, and workplace giving.

Advancing Native Missions (ANM) is a Christian organization that works with over 8,500 native missionaries who are working globally in 80 different countries. By working with indigenous people, the native missionaries of ANM are able to help build schools, churches, and improve medical facilities.

ANM provides financial aid and help for a variety of global concerns from natural disasters in China, wells in Africa, and sewing machines in Nepal. If you are interested in donating to ANM, you have the opportunity to contribute directly to one of the many causes on the ANM website. While your donation can be a one-time gift, you can also sign up for a monthly contribution.

How Is ANM Rated?

As we already noted, some Christian charities have no unbiased ratings because they are not required to file an IRS Form. While it is a personal preference to decide which organization receives your donation, an unbiased evaluation based on financial information can help you make a better-informed decision.

ANM’s financial score is 84.49 out of 100, and the accountability and transparency score is 100 out of 100. The financial health score is based on many factors, but mainly on any financial information, ANM provides, such as tax returns.

The accountability and transparency score reflect many aspects of the organization, including how easy it is for donors to find information on the organization’s website. According to the latest financial information available, ANM’s revenue was $12,625,000 in 2015, and nearly 90 percent of the contributions went into the causes.

Like many Christian organizations, Samaritan’s Purse was founded to help international children living in war-torn countries and without adequate food, water, education, and healthcare. The charity began in 1970 with the mission to “meet emergency needs in crisis areas.”

Much like similar charities, the organization continues to grow and provides services for disaster relief and feeding programs to women’s programs to men, women, and children throughout the world.

While the Christian charity relies on financial contributions, there are other ways to get involved such as participating in one of the organization’s many hands-on projects. Visit the website for more full details or contact the organization directly.

How Is Samaritan’s Purse Rated?

Charity Navigator gives Samaritan’s Purse an overall score 98.23 out of 100 and a four-star rating. Four-star ratings are the best rating an organization can be given which means it exceeds standards and performs better than similar charities.

The financial score is 97.50 out of 100 and the organization’s accountability and transparency score is 100 out of 100. According to the latest financial information available, the charity’s revenue was $622,862,108 in 2016, and nearly 88 percent of contributions went directly into the programs and services.

Similar to Samaritan’s Purse and ANM, Lutheran World Relief (LWR) strives to help millions of men, women, and children throughout the world. Through a variety of projects that help farmers become more sustainable or school children have the supplies they need for a successful day at school, LWR’s outreach expands to more than 30 countries.

Like other Christian charities, LWR relies on the generous donations of individuals throughout the world and there are many ways to donate. Go online or contact the organization directly for more information.

How is LWR Rated?

Charity Navigator rates LWR four-star rating with an overall score of 91.23 out of 100, a financial health score of 87.97 out of 100, and an accountability and transparency score of 97 out of 100. According to the latest financial information available, LWR’s revenue was $48,541,135 in 2016, and about 85 percent of contributions went directly into programs and services.

A Note About Unrated Charities

While we only highlighted a few of the many well-known Christian charities, there are many more to consider. Many people ask if organizations like the Salvation Army is a good charity. The Salvation Army is not rated by Charity Navigator, but you can do your own online research.

In some cases, you may need to go with your own interpretation of “good” and decide from there.