Everything You Need to Know About Alley Cat Allies: Cat Caregivers

Cats have had an interesting relationship with humans for thousands of years. Despite our general acceptance of cats, there are still many things that threaten their day-to-day lives. Alley Cat Allies is an organization that aims to keep the cats of the world happy and healthy and strengthen the relationship between felines and humans.

Alley Cat Allies is an organization dedicated to the health and safety of cats, both pets and strays. They strive to create various programs to help improve the lives of cats in communities across the world. The team prides themselves on being a major advocate for cats and describe themselves as “a champion for the humane treatment of all cats.”

The organization has three major initiatives to help improve the lives of cats and their caregivers: reforming public policies, protecting cats in shelters, and changing attitudes about cats. They strive to achieve these goals with a team of cat experts, organizers, attorneys, researchers, and almost 650,000 supporters around the world.

The history of Alley Cat Allies began in 1990 when founder Becky Robinson and a friend discovered an alley that was home to over 50 feral cats. Determined to help, Robinson and other cat caregivers were able to humanely gather the cats to have them neutered before returning them to their homes.

This fateful encounter opened Robinson’s mind to the everyday struggle of cats around the world. It wasn’t long before she was bombarded with requests for help with similar situations. Frustrated by the lack of resources and information, Robinson was inspired to create the Alley Cat Allies.

During their 26 years of operation, Alley Cat Allies has created various programs aimed to enhance the lives of cats. The organization fights for the rights of cats while funding necessary research to improve their health and wellness. With their hard work, the organization has been able to change the lives of millions of cats and their caregivers.

The team behind the Alley Cat Allies’ organization is broken up into three main categories: Leadership, Staff, and the Board of Directors. Members of the team work every day to act as advocates for the health and wellbeing of cats around the world.

The Alley Cat Allies’ leadership team is made up of two individuals: President and Founder, Becky Robinson, and Vice President Donna Wilcox.

Beck Robinson created the organization in 1990 after discovering a colony of feral cats on a walk. She is one of the biggest supporters of the Trap-Neuter-Return method and believes it is one of the safest ways to keep feral cat population under control. She is also the author of The Evolution of the Cat Revolution and is currently working on a second book.

Donna Wilcox has been a member of the Alley Cat Allies since 1999 and acts as a source of expert knowledge to the organization. She has a long history with both wild and domestic cats and has a broad knowledge about their health and behaviors. Wilcox has spent many years as a counselor to people around the world, allowing them to gain a better understanding of our feline companions.

The Alley Cat Allies staff performs the day-to-day tasks needed to keep the organization running smoothly. There are over 30 staff members working to improve the organization’s programs and educate the world about cats.

The staff members are broken up into five main organizational departments: Community Programs and Support, Communications, Development, Humane Law & Policy, and Administration. Each department takes on their own set of responsibilities to help the organization achieve its goals.

The Board of Directors acts as a necessary educational and legal resource for the organization. Board members are elected into their positions to help guide staff members and ensure that the organization stays true to their mission.

There are a total of six members on the board, including both Donna Wilcox and Becky Robinson. Other members include important members of the community, such as Irina Dline of the U.S. Department of the Treasury and Karyen Chu of the Federal Deposit Insurance Corporation.

Over 25 years, Alley Cat Allies has been working to create programs to improve the relationship between humans and cats. Here are a few of the many ways that this charity has been fighting to protect cats and education humans.

The highly educated staff members at Alley Cat Allies work hand-in-hand with animal shelters across the nation to facilitate a safe environment for cats. It is estimated that about 70 percent of the cats that enter an animal shelter never make it out alive.

Alley Cat Allies believes that this number can be greatly reduced with the right policy changes, such as Trap-Neuter-Return programs. This humane approach to neutering helps reduce the stray population and keeps community cats happy and healthy.

The Feral Friends Network consists of a group of volunteers, experts, and veterinary professionals across the globe. The network acts as a resource directory for those who need help managing their community cats. By searching the network, you can find low-cost clinics, local advocacy groups, volunteer opportunities, and other like-minded individuals.

Alley Cat Allies has named October 16 as Global Cat Day, an annual event to celebrate cats from all walks of life. The purpose of Global Cat Day is to educate the world about cats and the best ways to protect them.

During this event, volunteers ask participants to sign a pledge to become an advocate for cats. The organization shares these pledges with legislators around the globe, urging them to adopt important policies that will keep cats safe. This includes proper neutering procedures, policies against cruelty, and more.

Natural disasters can cause extreme devastation for both humans and their feline companions. Many organizations focus on the health and safety of humans during natural disasters, often leaving animals behind to fend for themselves. The organization works hard to help cat caregivers prepare for natural disasters by providing preparation tips and connecting them with local resources.

How to Help Alley Cat Allies

There are various ways that you can help Alley Cat Allies in their fight to improve the lives of cats around the world.

Alley Cat Allies believes that one of the best ways to advocate for the lives of cats is to change the policies around them. Visiting their online Action Center will give you all the resources you need to reach out to local decision-makers about the health and safety of cats. They have various pledges and letters available that aim to give cats a voice on matters that affect their lives.

Many of the programs offered by the charity rely on the hard work of volunteers looking to make a difference. Volunteers can assist with a variety of tasks, depending on what programs are currently being implemented in the area.

You can choose to give a one-time donation or commit to a monthly gift to give aid to cats year round. 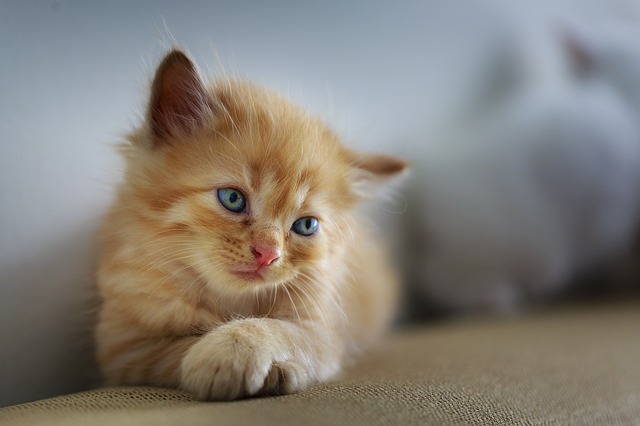 Alley Cat Allies Incorporated last filed its IRS Form 990 or 990EZ for 2017. The following financial data was extracted from the organization’s tax return for their fiscal year ending July 2017. This financial statement can give you a clearer picture of how responsibly they use their donations.

For over 25 years, Alley Cat Allies has worked diligently to improve the lives of cats around the globe. They continue to fight for the rights of cats, seeking to educate the world about the best practices for keeping them safe and happy.

If you’re a lover of cats looking to give back, Alley Cat Allies is a wonderful organization to devote your time to.